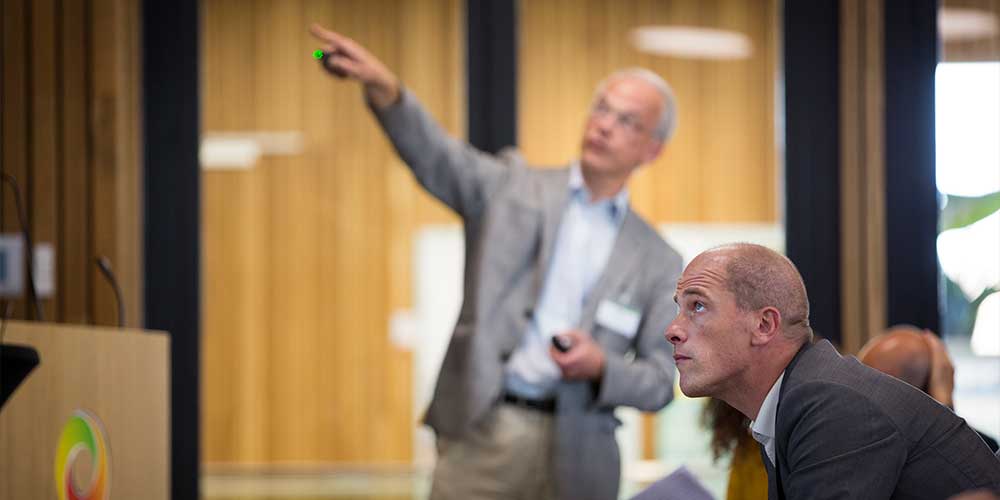 A wonderful launch to a promising collaboration

On the longest day of the year the Center for Computational Energy Research (CCER) was officially opened. Scientific director dr.ir. Vianney Koelman welcomed more than 100 visitors and positioned the new center as follows "The CCER aims to accelerate energy innovation by integrating high performance computing with energy research".

In his opening address ir. Diederik Samsom, former MP and champion and advocate of the Dutch Climate Bill, stated “I am not sad but optimistic and the reason is you. The best way to promote renewable energy is to promote education and research. So that the next generation can invent the inventions that we were not smart enough to invent”.

The summer atmosphere was further enhanced by the sounds of summer of student music association Tuna Ciudad de Luz.